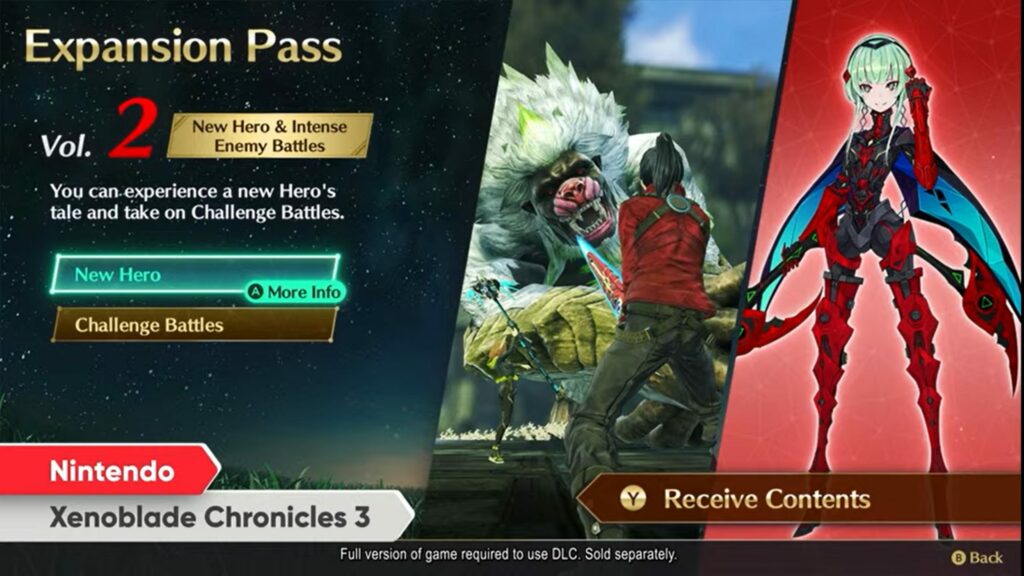 During today’s Nintendo Direct, more details were provided for the second wave of DLC for Xenoblade Chronicles 3. The upcoming wave includes a new hero and a challenge mode, which are set to release on October 13th. Watch the full trailer below:

Ino, a new mechanical hero, will join your party upon completing her hero quest. She also comes with various new classes and abilities that can be completed upon her joining the party.

The challenge mode allows players to fight in consecutive battles against increasingly difficult enemies. Upon completing these challenges, players will be awarded with new gear and outfits for the main cast.

The expansion pass for Xenoblade Chronicles 3 is now available on the Nintendo eShop.

Will you be grabbing the DLC? Let us know in the comments below!