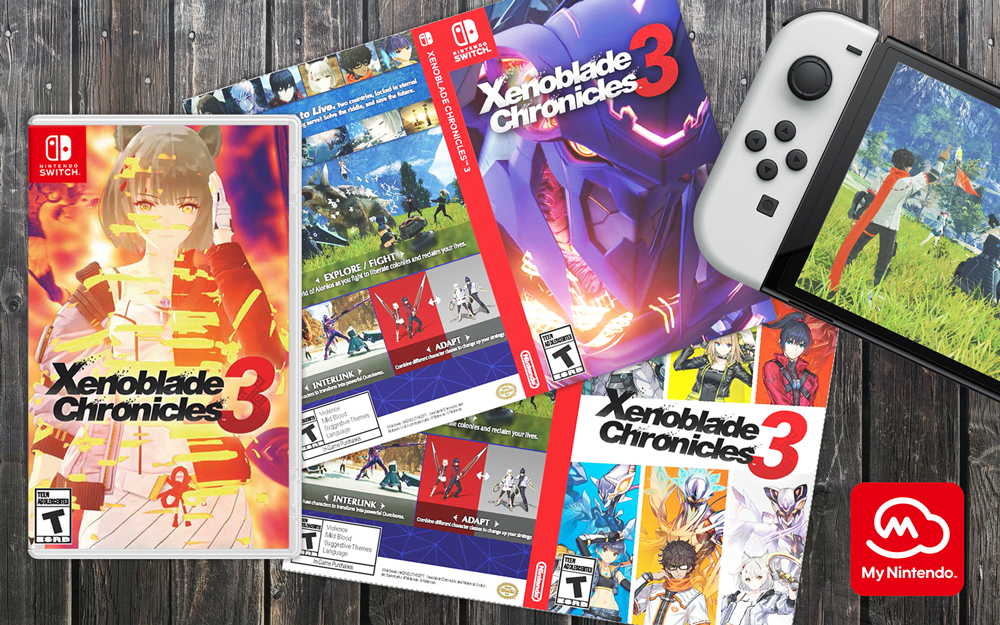 Following it’s release on July 29th, Xenoblade Chronicles 3 has just received new rewards on the MyNintendo site in the form of additional art covers for your physical game case.

The three game covers depict Mio changing between the Zephyr and Swordfighter class, Noah’s Ouroboros form, and the main cast with their Ouroboros behind them.

The set costs 30 Platinum Points and can be downloaded as a PDF. Nintendo recommends using 8.5×11″ paper for the best result.

Will you be getting these game art covers for your Xenoblade case? Let us know in the comments below!